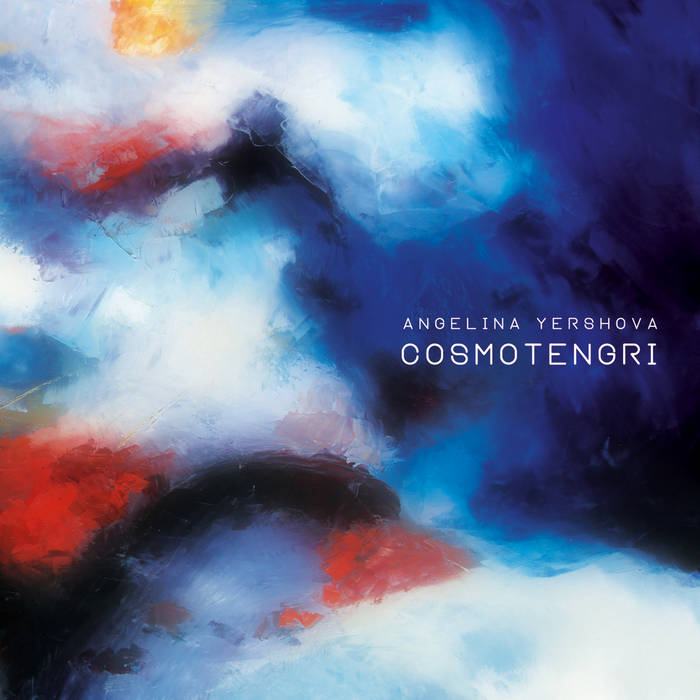 "CosmoTengri" is the new album by Kazakh composer Angelina Yershova. In this album she dwells on the subject of the protection of nature and of our planet's ecosystem - beginning from her own land, Kazakhstan - touching the global issues related to deforestation and sustainability. The leitmotif of the work is the mythical Tengri (Eternal Blue Sky), a supreme entity of the ancient religion of Central Asia characterized by shamanism.

It is no coincidence that the video of the first track of the album, "Korgau", was made by Kazakh artist and environmental activist Saltanat Tashimova. The video is dedicated to "Kok Zhailau", a mountain plateau in the Ile-Alatau State National Park, currently at risk of deforestation. The trees of the video, in their verticality, represent the link between the telluric phase and the tension towards the plateau's summit (intended above all in a suggestive and metaphorical sense). In this view the "tree-child" identification in the final scenes of the video is of some note.

The fluidity of the music of Angelina Yershova follows the concept of the passage of time, in which nothing can remain unchanged and everything is subjected to change. The composer creates a shamanic and ancestral dimension where every sound element represents a precise meaning. For example, the resonances of the modified and elaborated fans, the self-made wind instruments and the harmonic singing (performed by Yershova herself) contribute in creating the hybrid, archaic and primordial mood linked to the shamanic rite (as in the track "Khan Tengri"), the image of the God Tengri, the cosmos, and the forces of nature, while the kazakh instrument kyl kobyz represents a "human dimension" created by emotions, and an aspiration towards ascension. The kyl kobyz was played by the talented kobyzist Gulzhan Amanzol, who also wrote the poem in the Kazakh language present in the track "Kamlanie", and sang in the track "Korgau".

The album proposes a radical change of inner awareness starting from the Earth ("Korgau" - the title of one of the tracks on the album - in Kazakh means "Protection") towards the union with the Cosmos, meant as the universal spirit that we can feel in the last track on the album "Ecstatic Dance".

"CosmoTengri" will be released on April 18, 2019. The pre-sale of the CD will begin on February 28, 2019, and as a pre-sale exclusive, it will be possible to order a customized painting of the painter Saltanat Tashimova.

TWIN PARADOX Records is a new independent label project that aims to search and produce experimental electronic music.
The original impulses that gave birth to the label are the quest for music full of mental atmospheres and sensations, and the desire to give space to new ideas.

The label's name suggests a reflection on the concept of time dilation. ... more

Bandcamp Daily  your guide to the world of Bandcamp

Benji B talks about his new compilation ‘Deviation Classics’